As with most things, ‘A Random Saturday Night’ has an interesting story behind it. Before you jump to any conclusions, let me tell you the story:

Doug: What would you say if I asked you to marry me?
Christy: pauses… Not now, maybe later, lets go get some food. 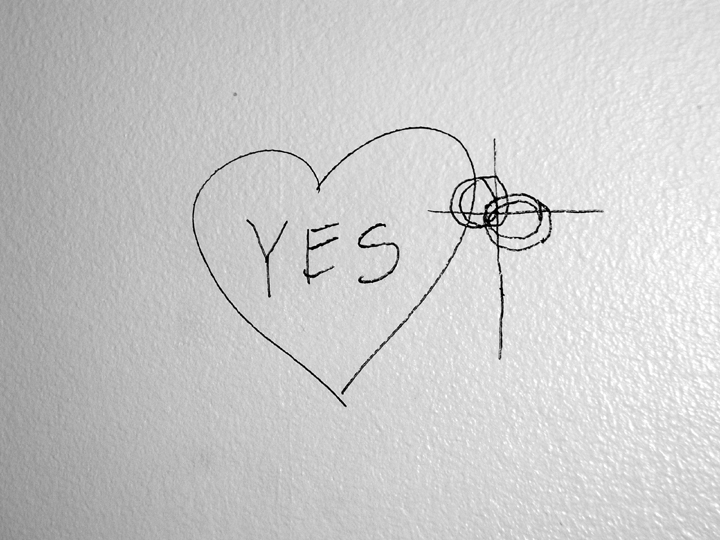 But when Doug asked that first time, we agreed to keep it a surprise until there was an official formal proposal with a ring. (I have always wanted a surprise proposal, but, if I couldn’t have that, then at least I could make sure it was a surprise for everyone else.)

So, that first Random Saturday Night was the ‘pre-proposal’, and the time afterwards was the promised time, you might say.

When he did ask with the ring in hand, (or rather, his pocket), it was on a Friday, but we both had the day off from work. For two people that are used to working the standard Monday thru Friday, that was close enough to a Saturday night for me. A Random Saturday Night.

Well there you have it, the story of A Random Saturday Night, and it is based off a spontaneous poem.